Piano: Mitsuko Saruwatari
Recording: Mediatrack
Producer/recording engineer: Tom Peeters
Available at your CD retailer.
Order now
In both Waldzenen, Papillons and Kreisleriana, Schumann found his inspiration in literature. As a publisher's son, Robert Schumann has grown up with literature. Schumann read a lot and wrote poetry. He wrote in his diary that he had the urge to produce something from his young years, if not with music then with words: Schumann as literary musician.

Music and literature are inseparable in Schumann’s creative spirit: many of his compositions were based on literary works, although these pieces were never literal transcriptions in sound of the original text. Schumann took rather the ideas behind the work; his fantasy and powers of expression then transformed them into sound.

This CD shows the most poetic and imaginative world of Schumann. 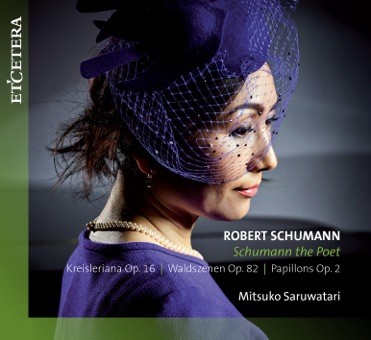